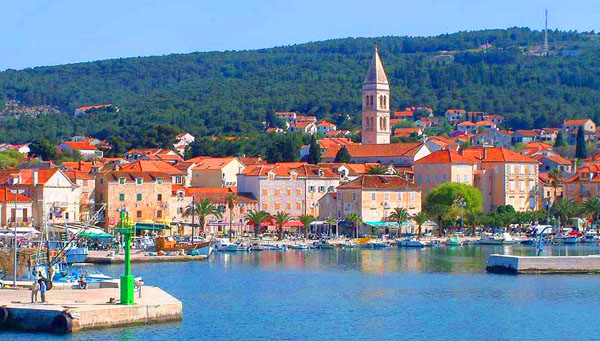 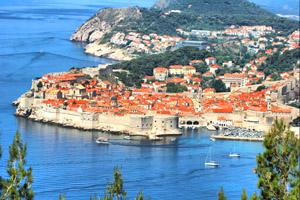 This World Heritage Site is a veritable jewel. Take a walking tour of the Franciscan and Dominican monasteries with their medieval frescoes, the Rector’s Palace and Dubrovnik Cathedral.

Wander the cobblestone streets with shops and cafes. 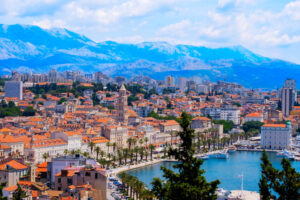 The largest city on the Adriatic coast. Visit the Palace of Diocletian, one of the best preserved monuments of Roman architecture in the world.

Also worth seeing are the Museum of Croatian Archeological Monuments and the Maritime Museum. 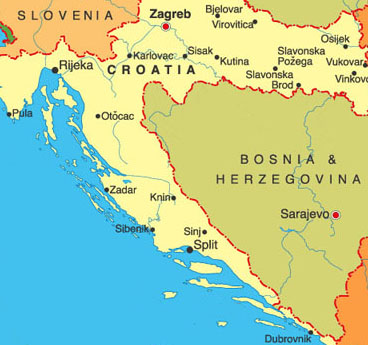 Croatia’s cities lining the Adriatic Coast are often found at the top of travelers” “places to visit” lists. Tour the Roman palace of Diocletian in Split and the medieval buildings on the island of Hvar. Drive the Dalmatian coast to the seventh-century walled city of Dubrovnik. Visit Kotor, a fortified seaside town in Montenegro, and fifth-century Budva, one of the oldest settlements on the Adriatic Sea. 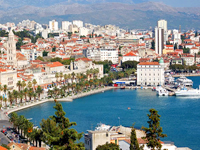 Depart on an overnight flight to Split, where you are met and transferred to your hotel. Located on the shores of the Adriatic Sea and originally founded as a Greek colony, Split is now an important regional transit center that links the area with destinations all over the Mediterranean.

Day 3: Podstrana/Split/Podstrana
Meet your local guide and discover Split’s busy waterfront. Stroll through the maze of medieval streets that cluster around the imposing Imperial Palace of the Roman Emperor Diocletian that was built in the third century AD.
This looming building with its cavernous interior is a unique remnant of the great days of the Roman Empire. Next to it stands the richly decorated, octagonal St. Dominus Cathedral, which was originally the emperor’s mausoleum and is believed to be the oldest practicing church in Christendom. Wander through Split’s old town and shop in its boutiques. 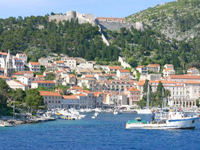 Cross the Adriatic by public ferry to the island of Hvar, constructed by Venetian merchants whose palaces are hidden among the narrow backstreets of the town. Join your guide this afternoon for a walking tour of the historic town center.
Stroll past the waterfront cafés of Hvar, best known for its medieval buildings that are the legacy of four centuries of Venetian rule. Continue to the Spanjol Fortress, perched high on a hill overlooking the town, for breathtaking views from the summit. Visit the cathedral and the arsenal, with time at leisure to wander the stone-paved harbor front. 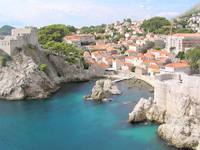 Leave Hvar by public ferry and then drive south along the coast. Stop in the fishing town of Ston, a beautiful example of a fortified town. Ston is famous for its oyster beds growing in the crystal clear, unpolluted waters of the Bay of Ston and considered to be among the best in the world. You may wish to sample them at lunch before you leave for Dubrovnik.

Day 6: Dubrovnik/Cavtat/Dubrovnik
Join a local guide for a walking tour of Dubrovnik, the “Pearl of the Adriatic,” a seventh-century walled town and UNESCO World Heritage Site brimming with medieval charm. Stroll along the Stradun, the stone-paved promenade, and visit the 14th-century Franciscan monastery and the Dominican monastery. Stop at the Rector’s Palace and see Dubrovnik Cathedral, whose rich treasury of gold and silver religious artifacts is renowned throughout the Adriatic region. Continue to the picturesque, tranquil port of Cavtat, originally a Greek settlement and now a popular seaside town filled with quaint shops and restaurants. 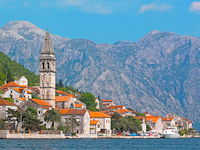 Travel the stunning coastline along Europe’s most southerly fjord to historic Kotor, a UNESCO World Heritage Site founded by the Romans and surrounded by impressive medieval bulwarks. Between 1420 and 1797, Kotor was under the rule of the Republic of Venice, and the Venetian influence on the town’s architecture is clearly visible. On a walking tour of this walled city, replete with Roman, Byzantine and Gothic structures, see the Watch Tower (Sat Kula), the 12th-century Cathedral of St. Tripun, Church of St. Luc and the 17th-century Prince’s Palace. Continue to Budva, one of the oldest settlements on the Adriatic Sea. Cross the border and return to Dubrovnik for the evening.

Day 8: Dubrovnik
Transfer to the airport for your departure flight.